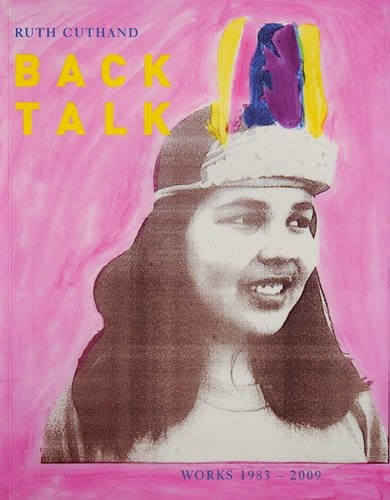 "This catalogue for a recent retrospective exhibition by Ruth Cuthand was shortlisted for the 2013 Saskatchewan Book Awards. With good reason – it takes an intelligent and thought-provoking look at the work of an artist influential in indigenous circles but often overlooked by mainstream institutions. Bilingual – in Cree and English – it considers Cuthand’s take on the harsh realities facing aboriginal women. Cuthand often uses dark humour and typically adopts an anti-aesthetic stance in her art. But she’s also known for Trading, a series of visually compelling beaded works that portray deadly microbes like small pox and cholera, which decimated indigenous people during colonization of the Americas. “It’s beautiful and it’s abhorrent, so it puts you off guard,” Cuthand says in an interview with Jen Budney, associate curator of the Mendel. “I like using opposites to get people to think.”