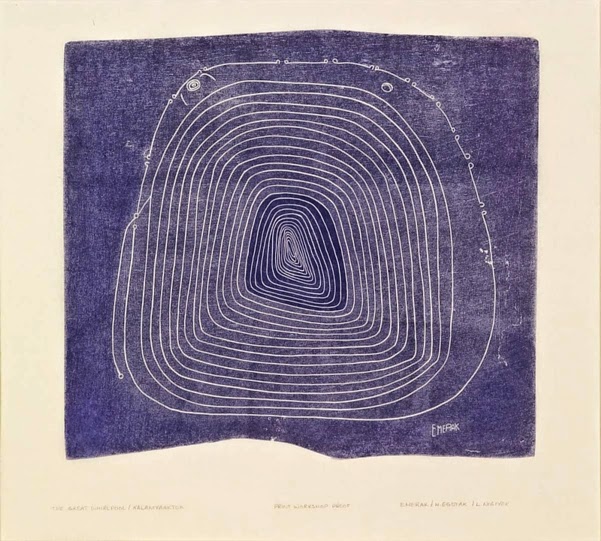 Mark Emerak was an Inuit elder when he began drawing in 1966. His imagery and tightly organized compositions have created a rich record of the artist’s life on the land. This unusual work is based on a story recorded by the artist. One man told another that if he took his boat out to a certain place, the water would suck him down. Skeptical, the second man paddled out to the place described and he was never seen again.